Since a few days I am back in Belgium, sooner than I expected when I was writing my last woodwide story about Belgium in end of November: A kiss in the shadow of a linden tree. In the last weeks, the whole world is panicking because of the corona virus. But it is not the virus that pushed me out of Japan. My heart strings pulled me to take a break in Belgium and work here some weeks at my PhD. My parents are very relieved I am ‘close’, because they are afraid for the unknown. I’ve to admit the alarmism start to annoy me. More people die because of air pollution and ultra processed food related diseases. But I am happy to be home, because I have some dilemma to solve, and it is better to do this close to my ‘kin’.  This blog is mixing also some notes about kincentric behaviour, hope with some nice forest therapy guiding experience I had today.

Saviors in this cold season

Today, just before I was going to start guiding a forest bath in Leuven, an Iranian friend sent me a part of a poem by Forugh Farrokhzad, one of Iranian’s most famous contemporary poets.

‘ask the mirror
the name of your savior.’

It is part of the poem ‘window’ which belongs to Forugh’s final collection ‘Let us believe in the beginning of the cold season.’ The beginning of the cold season could refer to the winter solstice (which is also mentioned in the poem), but also to something else. It was her final work of her 32 year long life. My friend knows I am dealing with some dilemma (and that I enjoy translations of Iranian poetry). I changed the title a bit for this blog, because we start to approach spring equinox and today I witnessed ideas are sprouting.

Guiding my eight forest bath became reality thanks to sponsoring of @maakbar_circulair and Bold Branders. Since almost a year, MAAKbar is the meeting place in Leuven around sharing, repair and reuse, around circular economy. It is also one of the few places where you can find a printed version of my debut roman. The event was a combination of forest bath and then a sharing circle about transitioning toward a social circular economy. Leuven has a special place in my heart, because I lived there from my 18 until my 22 for my undergraduate studies. In addition, civil society is very engaged in making the city climate neutral and more circular. People are proud to be citizen, I heard and I also noticed, partly because the policy makers (more green and socialist oriented) let things happen in function of the wellbeing of their citizens. Even in Michotte park, the park where I guided today, citizens and school engage with the nature and the community. One sentence that you hear in this small town is ‘connect above divide’. 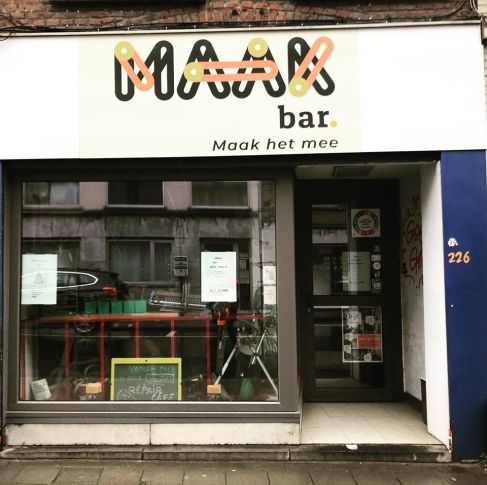 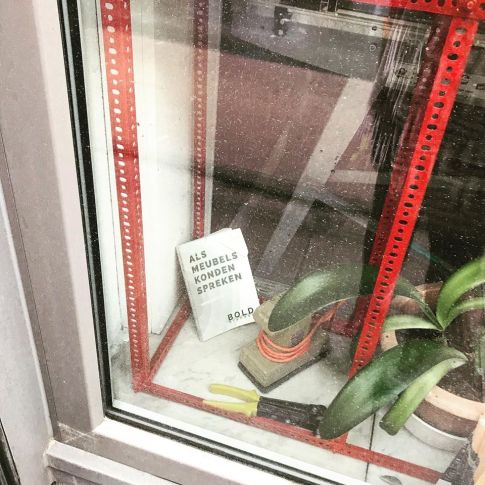 When I was looking for a park in the city, I was a bit edgy. I have not guided in any city, but only in edge zones between the busy world and the slow wilderness. Thanks to my friend GoogleMaps I identified this park and asked to some friends in Leuven what they knew about this park. Too busy? Too much sound of cars? One of these friends took me also there beforehand and shared which spots she also enjoyed. I knew this park was right. I read that some rich man called Michotte had ‘founded’ this park 120 years ago. Nowadays you find hazel, hawthorn, lime, pine and a lot of holly. This morning I returned and also felt in love with the descend into a lower part. The trees at the higher sides seem much bigger and impressive.

It was the first time I was guiding in a combination of rain and cold. There was also snow flurry, snow that disappears when it touches the ground. Half of participants canceled last-minute, but it was again special with the ones that stayed. Listening to them expanded my experience of the forest bath. They were more rooted in the city and even the specific park, so I enjoyed to connect with the forest through their stories. I was dropping into the energy of the forest when we descended in a lower part. 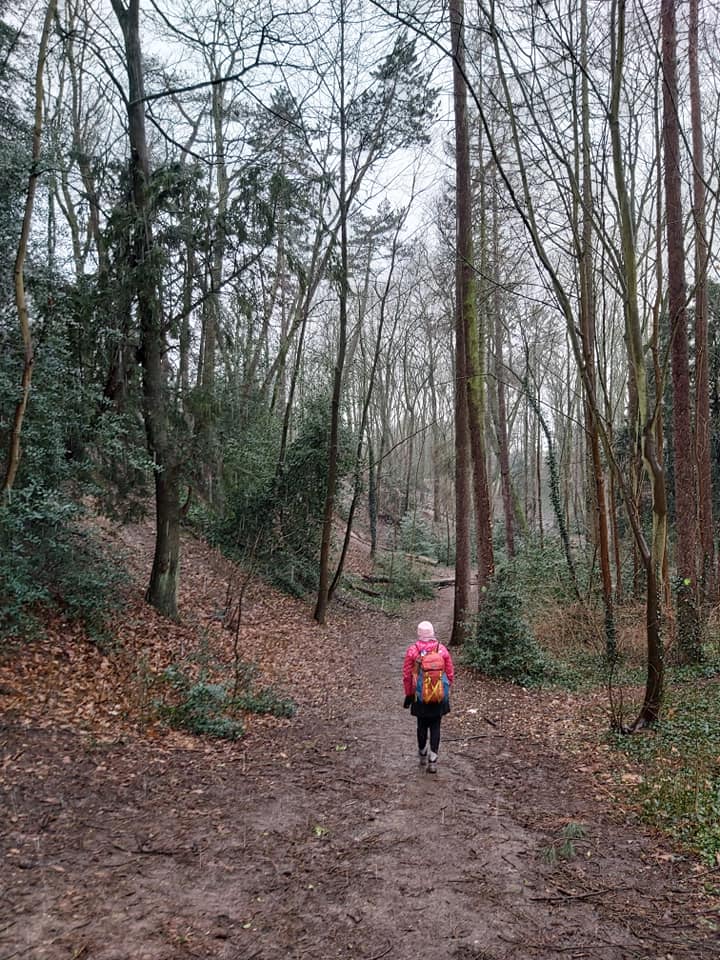 There, I discovered also new things like the foam dripping from a wild chestnut tree, remembering a class by @kikinardiz from @rewildingdrum that the leafs were a good natural soap. The same tree had also some holes, and rain was coming out of the tree as a small stream. It was like a shower tree: providing water stream and soap for washing.

The funniest moment of the forest bath was right after. Forest baths are closed with a tea ceremony with tea, cake and nuts. I had arranged the tea set-up under a holly tree. It was still raining a bit when we finished and talked a bit. A bicycler passed, saw us and returned, offering his home close to the Michotte park for shelter – because he thought we were refugees. I almost choked in my last drops of tea. I had not expected this and was laughing because of the surprise. If people approach in previous experience it is to ask what we are doing, not offering a home, beds and hot water. But yeah, we told him ‘we are drinking tea in the rain… because we want to to.’ He was a bit puzzled. We talked with him shortly, about forest bath as a way to reduce stress and other benefits. He shared he was unemployed and it stressed him out. Still, there was place for solidarity in his heart, even in cold rain. What a wonderful man. I gave him the last piece of cake.

After the forest bath we got treated on chicory soup from the ladies of MAAKbar and had chance to talk in the warmth of MAAKbar about ways to accelerate the transition toward sustainability – circular economy and nature based mental health – and how both can help each other. We need continuous placemaking which requires kincentric behaviour in this place, where the place itself is seen as kin. For example, we talked about the problem that some unrooted group of people throw garbage in a river close to Leuven. We thought how forest therapy can help to engage unrooted people to a ‘place’ so they feel they belong to this place. We are tender toward the people we love who are under our care. We can also be tender toward the forest , the river, and its many beings, each of whom are our kin, our tribe, and forest therapy can help to create, improve or connect our relationships with a place, to love it for what it is.  A second step would be then showing alternatives to throwing garbage in a river: circular economy practices.

Sometimes the world seems grim and gloomy. I see people panicking around me because of a virus, being cynic about climate and developing eco-anxieties. We are our own saviors and we can end this cold season if we open up our mind and connect with what and who is around us. Meeting this man from the Michotte Park community offering his home as shelter was very heart warming and reminding me that solidarity still lives.