Two weeks ago my young brother arrived in Japan. That weekend, he and  I got treated on a traditional 9(!) course in an old restaurant in the countryside in Japan. Every dish was symbolic. I was very surprised when I saw a plate of beans on a plate with an image demon (oni) and decorated with holly. 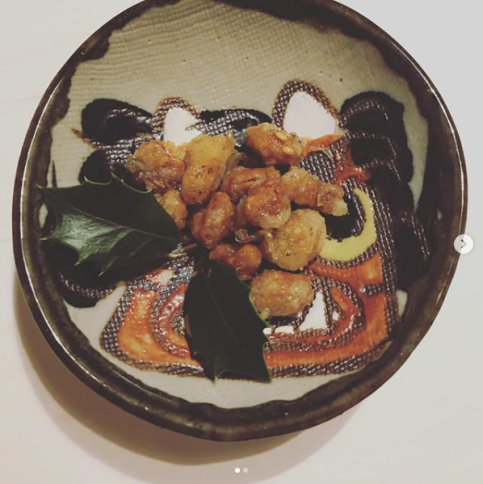 On February 3rd, it is Setsubun, a spring festival where people throw beans outside their house, to chase away the demons. It is actually the day before spring and means season division.

When I saw this dish, I also recognized holly (ilex in Latin, “hulst” in Dutch) which is part of our Christmas decorations and also used to keep away the evil. Our Japanese friends asked the waitress about this plant; and we also learned that this plant was not there by coincidence. Also in Latin America, shamans used tea extraction of holly as a ceremonial “cleanser”. It is a plant to protect us against lightning, poison and evil spirits. There is an old tradition that the Holly’s Yule festivals greens are traditionally burned at Imbolc, the Celtic fest of spring also early February.  I think it is amazing how some plants symbolize the same or are used for the same rituals all over the world.

Last year my friends and I went to one of the temples in Osu Kannon in Nagoya to see a special parade of the seven gods that welcome spring. In one of the convenience store we bought a demon mask and beans to throw. I remember we also ate an uncut makizushi, a sort of sushi roll, called ehō-maki (literally “lucky direction roll”) in silence on Setsubun while facing the year’s lucky compass direction, determined by the zodiac symbol of that year. The direction changes each year according to a 5 year cycle. Last year we ate this in the south-south-east direction, because it was the year of the dog. Now it is the year of the bear, so we are supposed to point it this Sunday to the east-north-east. 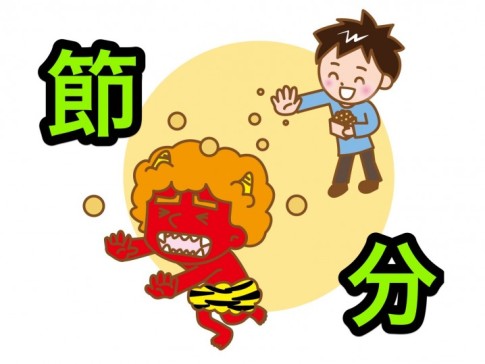 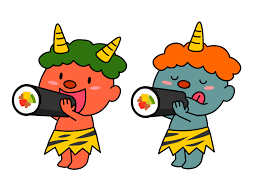 I realize now how fast the cycle of time goes, and still everything feels the same, as if not a year has passed.